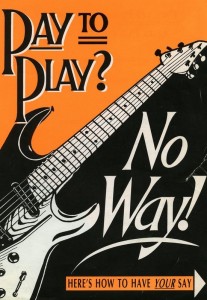 Between the mid 1930s and the late 1980s, radio in the UK was subject to a set of restrictions covering the amount of recorded music which could be played. Known as “needletime”, the system evolved following a legal ruling in 1933 which held that those whose performances were captured in recordings had the  right to receive compensation for the use of those recordings in public places such as shops, theatres, dance halls and – vitally – across the airwaves. END_OF_DOCUMENT_TOKEN_TO_BE_REPLACED