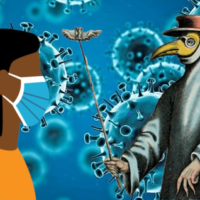 At the end of January 2020, I began teaching my third-year module on plague in late medieval Europe. As well as making my customary comparisons to outbreaks of modern plague – such as those which continue to afflict Madagascar – I also noted the appearance of a new disease in China, which, as I observed, was also where the pandemic of plague which struck Europe from the fourteenth to nineteenth centuries was believed to have originated. By the third week of teaching, the mother of one of my students had just returned to the UK after having attended a festival in Milan and had been instructed to self-isolate at home. I tried to reassure my student that things would settle down. They didn’t. In mid-March we moved to online teaching and days later Boris Johnson announced the first national lockdown. Given the seismic events happening across the globe, the first essay deadline for the module, which came in late March, seemed trivial. Nonetheless, as is the way of universities, the academic calendar rolled on regardless, and, in what is surely a rare example of experiential teaching for medieval history, students had the joy of writing essays about quarantine while themselves being in lockdown. 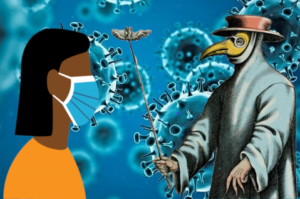 While plague and COVID-19 are very different diseases (plague was especially deadly and killed perhaps half the population of Europe during the fourteenth-century outbreak known as the Black Death), nonetheless similar measures were used against them, which were largely based around the use of containment. During outbreaks of plague and COVID-19, the impact of these measures, while affecting all to some degree, fell hardest on the poorest socio-economic groups. END_OF_DOCUMENT_TOKEN_TO_BE_REPLACED