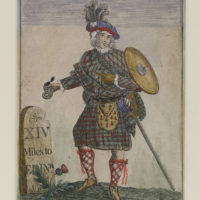 I first became interested in the issue of banditry in early modern Scotland while writing my PhD thesis on the government of the Highlands during the Restoration (1660-88). Wading through government papers, there seemed to be nothing short of an obsession with the depredations supposedly being committed by brigands and ‘broken men’, and indeed responding to these outlaws was apparently the single biggest issues that both Charles II and James VII & II felt themselves to be facing in the Highlands. Once the thesis was out of the way, I decided to probe the issue a little more deeply, aiming to gauge just how much of an issue banditry actually was in seventeenth-century Scotland, while also hoping to understand what it all meant. END_OF_DOCUMENT_TOKEN_TO_BE_REPLACED