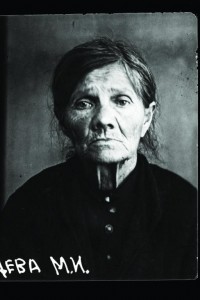 Photographs fortify evidence. They record, reveal, reproduce and validate information that can be shaped into persuasive inventories for prosecution. As a pervasive visual media, photographs have long corroborated evidence, from Eadweard Muybridge’s demonstrations of motion (1872), to their implementation in practices of criminal identification and surveillance. The Burden of Proof: The Construction of Visual Evidence exhibition, currently on display at the Photographers’ Gallery, presents eleven such inventories of criminality and violence, tracing the application of photographic evidence from the early twentieth century to the current era of virtual, multi-medial and multitudinal photographic use. By drawing together such diverse and chronologically disparate photographic archives, the exhibition confronts us with the ways in which photographs have been historically inscribed and constructed as visual testimony by individuals and organisations, and yet paradoxically depended upon for their unaltered and mechanically attained transparency.

This contradiction between the objective/passive and subjective/active has been of longstanding interest to historians and theorists of photography, especially in its relation to hegemonic apparatuses of power. Photography, as John Tagg and Allan Sekula have reminded us, naturalises class and power relations through techniques of regulation and observation, with photographic evidence itself being a highly coded coupling with discourses of power, the state and its repressive capacity.[1] Though the implementation of photography in this sense does emerge with examples taken from Burden of Proof, the exhibition refreshingly takes a historically rich and nuanced approach to photographic evidence, exploring the manifold ways in which the image is actively worked upon and constructed through innovative procedures that undergo rigorous revision. Curator Diane Dufour is then able to offer a glimpse of the evolving contexts of photography, as power relations unfold and collapse over time, a point poignantly exemplified in images from The Great Purge – the politically repressive campaign launched by the Soviet Union in the 1930s, exhibited here as The Great Terror in the USSR.

The onus probandi of the exhibition’s title is itself wrapped up in the legal obligation of a prosecuting body to tell the truth. As such, Burden of Proof is concerned with the verification of photographic practices; of an expert’s excavation of the photographic image, in ways that demand technological experimentation at the point of creation or later interpretation and assemblage. Burden of Proof aptly assigns no guilt or claims of authenticity, instead showcasing how photographs have actually been called upon in instances of war crimes, violence and murder. All cases are therefore concerned with visibility. To see, videre, is the latin root of the English evidence, and Burden of Proof identifies photography’s efficacy because of its visibility. The fraught relationship photographic evidence actually has with the real is not so much elaborated on in Burden of Proof as insinuated, with many photographs holding the capacity to obscure and mislead.

The exhibition is split between two floors, an organising principle which fittingly divides before and after the post-war moment of mass photographic ubiquity. Beginning on the first floor, this starting trajectory considers early experimentations with photography by governmental and regulatory bodies, such as French police officer Alphonse Bertillon’s innovative ‘metric’ photography. Bertillon used a birds-eye perspective administered through a wide-angle lens to survey the scene of a crime. This form of visual experimentation, of attempting to abstract a complete overview of a crime-scene from a non-human viewpoint, introduces us to the systems within which photographic evidence is constructed. As Bertillon standardised the lighting, pose, framing and scale of his photographs, he generated a replicable system of documentation. This exacting procedure of scientific knowledge is inscribed through spacial measurements which are written upon the frame, providing, according to Bertillon, ‘actual geometrical plans’ for the scene’s reconstruction. The tethering of the photographic image to protocols of a meticulously quantifiable and metric discourse, reveal the lengths to which photography was worked through and legitimised, so as to provide data otherwise unattainable by non-photographic means.

Bertillon’s contemporary Rudolphe A. Reiss, a chemist and photographer, likewise pursued a meticulous approach to crime and cadaver photography, enhancing the image so as to reveal marks, scratches and traces otherwise invisible to the naked eye. Reiss’ photography pertinently references the assessment of the photographic image as an imprint. Just as Reiss catches an indexical trace of trauma upon, for instance, a scratched bed-head in his proto-macro-photography, the photograph itself is considered a lasting imprint—a stand-in or trace—of the scene for investigation. In doing so, the details magnified by Reiss’ lens worked as supplement for what the investigator may miss, or memorial in case of object deterioration. Numbers, explanations, definitions and textual accoutrements are then written into the frame, deciphering the abstracted photographs as containing ‘objects of murder’ where such details are otherwise absent or banal. Many of Reiss’ photographs on display, such as ‘Bloodstained handkerchief, before washing’, magnify such evidential traces (a bloodstain) and attest to their ephemerality (before washing). The handkerchief, tightly and symmetrically encompassing the entire frame with a surface of textured white lines, is centred by blotted and muddied blood rendered black. This striking monochromatic contrast achieved from Reiss’ methods, curiously resembles artistic practices of photographic modernism that likewise sought to enhance details to encourage a new engagement—a new vision—with the world. This isolation of the object, subject and scene by the criminal investigator, and the adherence to procedural production, works as an action of evidence making, alerting us to photographic evidence’s historical institutionalisation and inscription for criminal inquiry.

Labelling, appending, archiving and accumulation therefore preoccupy the procedures of evidence building. In aerial photography of successful British reconnaissance missions circa 1916, a cross-comparison of multiple photographs provided the British with a cartography of the real to exert their dominion once compiled, catalogued and subsequently mapped. Elsewhere, systematically enforced Soviet portraiture of individuals executed in Stalinist purges highlights the shifting contexts of photography. Taken in adherence to the visual language of criminal identification—in proportionate front and side profile—to validate spurious accusations made of the individual, the photographs later re-emerged as lasting testimony of a different kind. This sort of state sponsored violence defines the exhibition’s second half, where the conviction of war crimes based on photographic documents is reconstructed for the viewer.

Proceeding up a flight of stairs, the second floor opens with the courtroom of the Palace of Justice, where a film screening of Nazi war crimes was projected for the Nuremberg Trials. The editorial process of the film’s making, which included the meticulous captioning and archiving of images based on location, date, quality and content, attests to the ways in which evidence is created and circulated to rhetorically convince. Indeed, the prosecutors claim that the film’s purpose was to bring the guilty ‘face to face with their infamy’ through an emotional spectacle. Photography’s work as memorial and record is elsewhere brought into relation with judicial interpretation. In a case of Bedouin land claims, the Israeli state refuses to recognise traces of settlements from aerial photographs taken of the Negev desert in 1945. When contemporarily enlarged, the capabilities of the image are pushed to the very extremes of legibility. Blurred and grained areas record Bedouin cemeteries—proof of settlement—as variation in shade and contrast. Israel’s refutation of such claims brings into question the very comprehensibility of the photograph, as the grain appears incommensurable to what it is claims to show.

The use of photographic evidence by the non-governmental and unvoiced represents the most significant intervention here in addressing who photography serves and its potential activist discourse. In the latter half of the exhibition, Eyal Weizman positions photography within an arsenal of modern strategies that include aerial mapping, digital modelling and 3D-scanning.[2] Where the first floor attests to photography’s adhesion to discourses of scientificity and its inscription with rules of professionalism, the second half opens the floor to important contemporary debates on the role of photography as a counter-hegemonic, internationally situated practice. In doing so, the exhibition calls to mind wider debates on photography, citizenry and public truth initiated by the multidisciplinary body Forensic Architecture. The role photography undertakes in assembling, reconstructing and archiving instances of destruction in The Gaza Book of Destruction, exhibited on this second floor, works through assemblage. Culled from amateur sources taken from domestic recording devices of disparate quality, the case book is verified by its multiplicity and scale. The result is a method of prosopopoeia, where an aggregation of voices is layered in contention to singular state-derived narratives. The impetus of such forensics is to make visible the effects of drone warfare which are hidden by institutions of surveillance. This timely research, seen in further projects also on display here such as The Destruction of Koreme and A Drone Strike in Miransah, demonstrates the potential of photography to counteract authoritative states and their encroaching—yet secretive—practices of surveillance.

A complex exercise in getting to the truth

Burden of Proof’s strengths therefore lie in its own forensics; in its eschewing claims of photographic truth, and instead piecing together the ways in which photography is brought into the architecture of prosecution. Rather than objects of infallible proof, photographs are everywhere malleable and incomplete. Dufour convincingly argues this by presenting in each contextually diverse example a process of excavation that draws its evidence from the image’s interrogation. As such, many hands and systems of inscription shape a photograph’s meaning. This critical perspective on the photograph’s status as an object of scrutiny allows for concrete examples of the successful application of justice to achieve greater potency. Where a common tendency by the historian has been to address the photograph at illustrative or face value, Burden of Proof reminds the viewer not only to be attentive to the photograph’s excavation at the hands of others—to understand its systems of verification and representation—but to excavate the image forensically themselves.

Benjamin Tree is a Doctoral candidate at the Photographic History Research Centre at De Montfort University.

The Burden of Proof exhibition runs at the Photographers’ Gallery, London until 10 January 2016.

[1] See for example John Tagg, The Burden of Representation: Essays on Photographies and Histories (London: Macmillan, 1988) and Allan Sekula, Photography against the Grain: Essays and Photo Works, 1973-1983 (Halifax, N.S., Canada: Press of the Nova Scotia College of Art and Design, 1984).