Social History 43:1 published a roundtable on tendencies and potential future directions on the social history of Greece. The roundtable featured Efi Avdela, Thomas Gallant, Leda Papastefanaki, Polymeris Voglis and I. In my contribution, I argued that, increasingly, social historians of Greece have been taking a transnational approach. Nevertheless, I believe that the combination of a transnational and social history of Greece has far from exhausted its potential. I would like to discuss its further possible contribution to both academic and public history in this post. I would also like to show, however, that the perspective of social history is equally important for transnational historians of Greece to consider.

Developments and Directions in the Social and Transnational Histories of Greece

Historians who have taken a transnational approach to the social history of Greece have been among those scholars who have challenged a “Greek exceptionalism” that had marked earlier scholarly work on the history of Greece. After the collapse of the dictatorship in Greece in 1974 and until the mid-1980s and early 1990s, what appeared in Greece were publications of sociologists and historians, who formulated grand narratives on society and politics. This notion has been challenged from the late 1980s in social and cultural histories of Greece, which have influenced one another, as discussed in the aforementioned roundtable. Some of these works address the study of youth cultures in Greece. This field has benefitted particularly from a combination of transnational and social history since the 2000s. Relevant monographs and journal articles, such as those by Efi Avdela, Kostas Katsapis, Kostis Kornetis and myself, have shown how youth cultures in Greece have been shaped through a selective reception of cultural patterns appearing elsewhere in the “West”, such as rock ‘n’ roll and Hollywood films.[1] Thus, what happened in Greece was a process of appropriation that was very similar to what occurred with the making of youth lifestyles in other Western European countries. Of course, “youth” is not the only field that has benefitted from a dialogue between transnational history and the social history of modern Greece: the study of gender is another case in point.[2] Nevertheless, there are still several fields in the history of Greece which may also gain from a joint transnational and social history approach.  Another area that could prove receptive is shifting fashion trends in contemporary Greece: how, for instance, did transnational flows of ideas and patterns shape the clothing patterns of different social groups in the country? 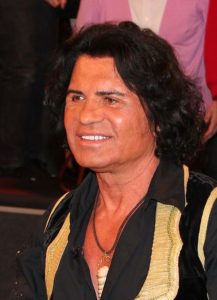 A transnational and social history of Greece, however, may also pertain to the interests of social historians, who do not necessarily deal with Greece. A change of focus from Greece to the Greeks and the movements of people and ideas, in which they have been involved, may be more amenable to the combined approach I am endorsing. For instance, numerous Greeks migrated from their country of origin to Northern European countries, such as West Germany, Belgium and Sweden, especially from the 1950s on. There are aspects of their history that merit further research and which may show their impact on both their host society and on Greece.[3] Quite tellingly, one of the popular musicians in the Federal Republic of Germany has been Costa Cordalis, born in Greece in 1944. His 1976 song “Annita” was included in the top ten in West Germany. It is certainly interesting to learn more about why and how he influenced West German publics, including non-foreign-born Germans.[4]

The Greek Diaspora is not confined to West Germany, but has had global reach. An in-depth analysis of how they were influenced, but also shaped tendencies in the countries where they moved, may also be intriguing. This line of enquiry may also have resonance for the case of the UK, and not simply within the realm of academic history. Crucially, a powerful argument in recent debates around the UK EU membership referendum was that the UK is culturally distinct from (continental) Europe. As Athena Syriatou has aptly remarked, the content of several history textbooks that secondary schools in the UK have used in the preceding decades, but also up to the present, reinforces this idea of Britain being quintessentially different from (continental) Europe.[5] Nevertheless, the influx of ideas, also from Greece, into the UK and their influence on the lifestyles of the latter is one way to refine this notion. A comprehensive historical analysis of Greek gastronomic cultures in the UK, for example, could be a good case in point: to what extent and in what ways have Greek gastronomic cultures influenced the taste of various social groups in Britain?  To what extent did people who moved from Greece to the UK convey such trends? In studying restaurant chains and smaller gyros shops in university cities, a social history of Greek gastronomy in the UK may contribute to a more informed understanding of the links between the UK and continental Europe.[6]

An approach that combines the transnational and social history of modern Greece may also help revise and enrich paradigms that historians have been using about the contemporary history of Europe. Quite often, those paradigms focus on very specific countries, especially France, Italy, Germany and the UK. A relevant example is the argument put forth by Arthur Marwick, namely that the USA, the UK, France and Italy experienced a “cultural revolution” in the “West” during the “long Sixties” (circa 1958 to approximately 1974).[7] This revolution meant that people felt more willing to have fun, do their own thing, express more openly their sexual preferences and indulge in mass consumption. This was facilitated by “unprecedented”, according to Marwick, transnational flows: travel, listening to music and watching films from other countries, were all ingredients of this radical change. Did such a revolution also manifest itself in Greece and other Southern European countries that experienced a dictatorship at that point, however? What were the sociocultural implications of the transition from dictatorship to democracy? Kostis Kornetis, Eirini Kotsovili and I have argued that this “cultural revolution” influenced some Greeks from specific social and geographical backgrounds-mainly people living in the urban centres. Thus, there is no room to revive the “Greek exceptionalism” argument in this respect. However, by incorporating the study of Greeks subjects, historians may offer a more multifaceted understanding of this revolution in different European contexts. For instance, Marwick chose 1974 as the terminal date of the Long Sixties, because, among other reasons, some of the key transformations that first appeared in the sixties culminated from that point on.[8] However, such a trajectory applies to Greece only to an extent: 1974 witnessed the transition from dictatorship to democracy in that country. This process simultaneously accelerated and circumscribed a “cultural revolution” in Greece, an ambiguity that is particularly manifest in sexual relations:[9]  for example, on the one hand, gay bars and night clubs appeared in Greece, especially after 1974. On the other hand, some organisations of the Communist Left, which became legal in 1974 and saw their membership dramatically increase, were hostile towards gay publics. Despite those findings, the study of those social and cultural transformations in Greece in the 1970s and the impact of transnational flows onto them is far from saturated. For example, an issue that merits further examination is the growing re-migration of Greek migrant workers from Northern Europe to their country of origin. A lot of them moved to the villages and provincial towns where they had originated, often bringing with them brand new TV sets and Autos (cars). Did they help bring elements of the aforementioned “cultural revolution” with them? How did they appropriate them? Whom did they influence?

The very last question of the previous paragraph shows that not only the social history of Greece and the Greeks may benefit from a transnational perspective, but also vice versa. Relevant transnational histories should be self-reflective on their bias and gaps. Do they tend to prioritise specific geographical areas as well as the experience of specific social groups? For instance, histories of gender relations in Greece, transnational or not, have focused far more on urban in comparison to rural areas.[10] People living in the latter areas, however, have been involved in multifarious transnational flows: not only through the re-migration mentioned above, but, among others, through tourism, the passage of sailors and through TV shows more recently. Their impact on gender relations in rural Greece certainly requires further examination. Similarly, Greek subjects who have moved abroad in several ways may have also left their imprint on areas beyond the big cities. The history of migration to West Germany has very recently started analysing the relations between migrants and non-foreign-born Germans in rural areas of that country.[11] It may be the case that Greek migrants were also part of this puzzle.

Therefore, combining transnational and social approaches to the history of modern Greece and of modern Greeks may be mutually beneficial for those fields. Crucially, it may help nuance not only the history of Greece, but also of the wider contexts, in which it is situated. Rather than being “all Greek” to social historians of Europe, the Mediterranean and the globe, the case-study of Greece may be a possibly useful needle to rethread the narratives they employ.

Nikolaos Papadogiannis (n.papadogiannis@bangor.ac.uk) is a Lecturer in Modern History at Bangor University. Nikolaos’ research focuses on Europe in the 1960s and 1970s from a transnational perspective. His research interests include protest cultures, travel, youth lifestyles, gender, sexuality and migration. His first monograph, published in 2015 by Berghahn Books, was entitled Militant around the Clock? Left-wing youth politics, Leisure and Sexuality in post-dictatorship Greece, 1974-1981.

[2] More some more relevant examples (albeit not an exhaustive bibliography), please see the aforementioned roundtable discussion, ‘The social history of modern Greece: a roundtable,’ Social History 43:1, (2018),105-125.

[4] One (but not the only) good example of how Greek migrants have shaped, but also been affected by developments in West Germany is offered by Maren Möhring in her monograph Fremdes Essen. Die Geschichte der ausländischen Gastronomie in der Bundesrepublik Deutschland, Munich, 2012.

[6] A book that very briefly refers to the circulation and reception of Greek food in the UK is the following: Anne Kershen (ed.), Food in the Migrant Experience, Aldershot, 2002.