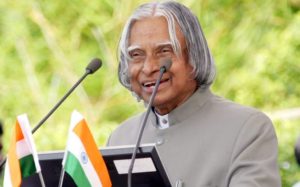 While we all hope to motivate our students to dream big and work hard, Kalam’s professional life was of tangential interest to me.  However, what was interesting was the extent to which he claimed the authority to inspire students not only on the basis of his formidable teaching capacity but on the basis of his personal experience of childhood.  This was unusual as many south Indians who have written autobiographies, particularly from the earlier part of the twentieth century, deliberately choose to draw a veil over their private lives as unexceptional or too personal, not for the public gaze.  But even when childhood is included, autobiographical writing is an inherently complex source material.

My wider research dilemma is common to many historians of childhood: it is relatively easy to trace what adults wanted to do to children, or even how adults regulated and controlled the bodies and minds of children, but children’s reactions and perspectives are much harder to find.  But in a field where there are very few archival traces from the children themselves, it seemed important to stake a claim, to highlight that children have and had opinions even if we can’t access them, to acknowledge that adult plans were often frustrated or acquired new meanings to those intended.  Autobiographies provide such an opportunity, albeit as heavily mediated through adult memories and agenda.  Kalam had no children of his own, but positioned himself in an avuncular or grandfatherly role towards ‘Indian youth’ to whom he directed particular attention.  Many Tamil autobiographies are written within a binary framework explicitly intended to emphasise the differences between these days/those days, the contemporary and the past.[2] By doing this, the authors demonstrate the progress of humanity or the nation, they evidence change and often root that change in their own experience of secondary education and in the formation of the nation state in 1947.  Kalam’s memoirs can be read in this way, and are infused with his particular belief that education was the key to both individual and national progress or modernity, but also a nostalgic memory that the pre-partition era was a gentler, more traditional and more cohesive society, where religious differences – the other focus of his campaigns – were much less relevant or distinct.

Despite understanding the context of writing, it is still easy to dismiss autobiographies as biased, unreliable and ‘fragmentary’ perspectives, mediated through the lens of adult witnesses and reflecting the politics of adults.  However, this can be profoundly disabling as a historian.  Kalam’s memoirs have to be looked at in context, and my article in Social History situates his writings in the context of more than fifty others from the same timeframe and region to see how common memories might hint at a shared experience of the mundane and might shed light on broad trends.  Kalam is unusual too in that he writes two autobiographies Wings of Fire in 1999 and My Journey in 2013.[3] In both he provides different, but broadly similar, accounts of being discriminated against at school for being a Muslim in a majority Hindu community, this brings the methodological issues into clearer focus, but also provides some indication of the ways in which communities interacted and the structures of power within the classroom, and the extent to which the authority and personality of the teacher was so crucial to a child’s experience of schooling. 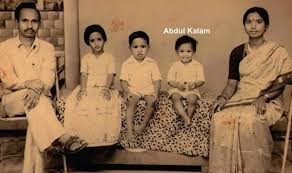 Likewise Kalam’s claim that his inspiration to be a scientist and space engineer was the result of a particularly exciting lesson when the teacher took the class to the beach to learn about birds and flight should be read with caution in the light of his later career, but must also have some basis in truth and demonstrates that some local schooling in the colonial period was perhaps much more innovative and exciting and child-centred than previously anticipated.  Early experiences selling newspapers after school as his contribution to the family income, or his memories of the older adults who encouraged him to study despite their own illiteracy, provide a different perspective on the extent and motivations of children’s participation in casual labour and the workplace, and a much more complicated picture of the persistence and influence of non-modern educational networks and hierarchies within the extended family.

The power of memory and testimony

Therefore, despite all their limitations, autobiographies offer some opportunities for a further insight into the lived experience of children in late colonial South India, and some understandings of the ways in which children negotiated the power relations of everyday life.  For those from marginalised communities it is often empowering to have the opportunity to recount their experiences of discrimination and to retell the moments in which they discovered the practical implications of difference.[4] For many, claiming the right to memory and to a public voice is in itself a political act which contests the inequalities in contemporary social structures but it also provides the historian with some further insight into the ways in which identities were constructed and learned.  Within the interwar years and the context of an emerging mass nationalist movement and a number of constitutional changes, there was also a change in ideas about the legal and philosophical boundaries of childhood which in turn impacted a number of policy interventions.  The autobiographies allow us to tease out the tensions between these emerging constructions of the child as innocent, playful and in school, and the reality of lives characterised by work, poverty and discrimination.  While not attributing unmediated voice to the Indian children in the interwar period, the contention explored further in my article (Social History, 44, 2) is that autobiographies stimulate further questions, destabilise accepted arguments and provide an alternative insight into late colonial social policy.

Dr Catriona Ellis is a Teaching Associate in Health History at the Centre for the Social History of Health and Healthcare, University of Strathclyde.  Her research interests focus on children and childhood in late colonial India.  Please feel free to get in touch @catriona_ellis or catriona.ellis@strath.ac.uk

[2]  A.R. Venkatachalapathy, In Those Days There was No Coffee. Writings in cultural history (New Delhi, 2006)